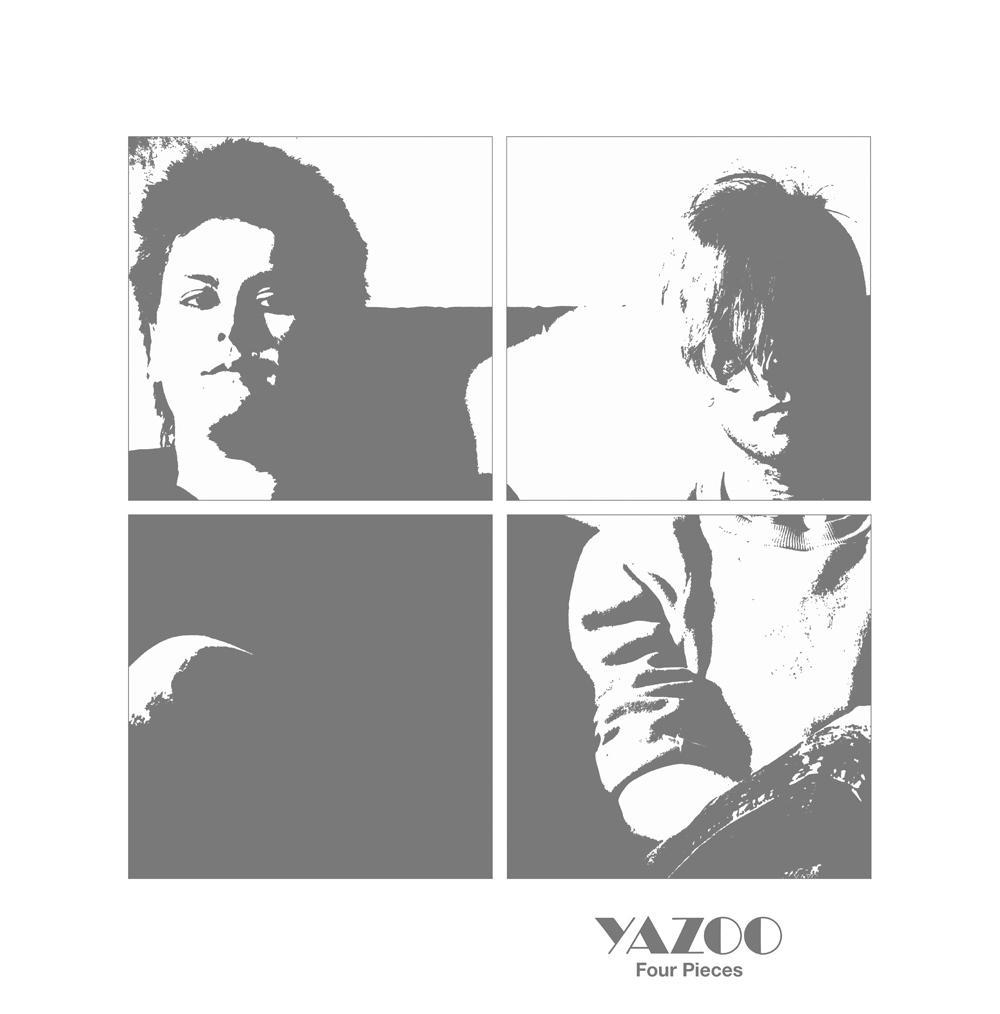 Over 35 years since their formation, Yazoo - Vince Clarke and Alison Moyet - are still acclaimed as one of the UK’s greatest pop duos.

During their short time together, they made two classic albums "Upstairs At Eric's" and "You And Me Both", released iconic hit singles "Only You", "Don't Go" and "Nobody's Diary" and toured before disbanding in 1983.

Their legacy was a sentiment and a sonic style which sent shock waves through the early-80s charts and continues to be heard in the latest pop hits and throughout contemporary electronica.

Out in October 2018, "Four Pieces, A Yazoo Compendium" features 4xLP remastered heavyweight 180gm vinyl records in a hardback bookpack presentation format. Four Pieces also features four exclusive art prints, Upstairs At Eric's and You And Me Both double-sided poster and a collection of six pocket-sized photos.

Please note that if you are ordering this product from outside the UK then due to the weight of the package it will be dispatched by international courier. If you are ordering from Brazil or Chile then please be sure to include your tax id in the address.

The classic debut album including Only You, Don't Go, Goodbye 70's and Winter Kills.

The No 1 UK Album featuring Nobody’s Diary, Ode To Boy, Mr Blue and Walk Away From Love.

Classic, extended and rare remixes by Richard X, Todd Terry and Youth, plus the 2017 Orchestral mix of ‘Only You’ and a brand new remix of ‘Winter Kills’ by Minute Taker.

The John Peel and David Jensen BBC Radio One sessions exclusively remastered and available on vinyl for the first time. Includes Don't Go, Situation, Too Pieces and Winter Kills.