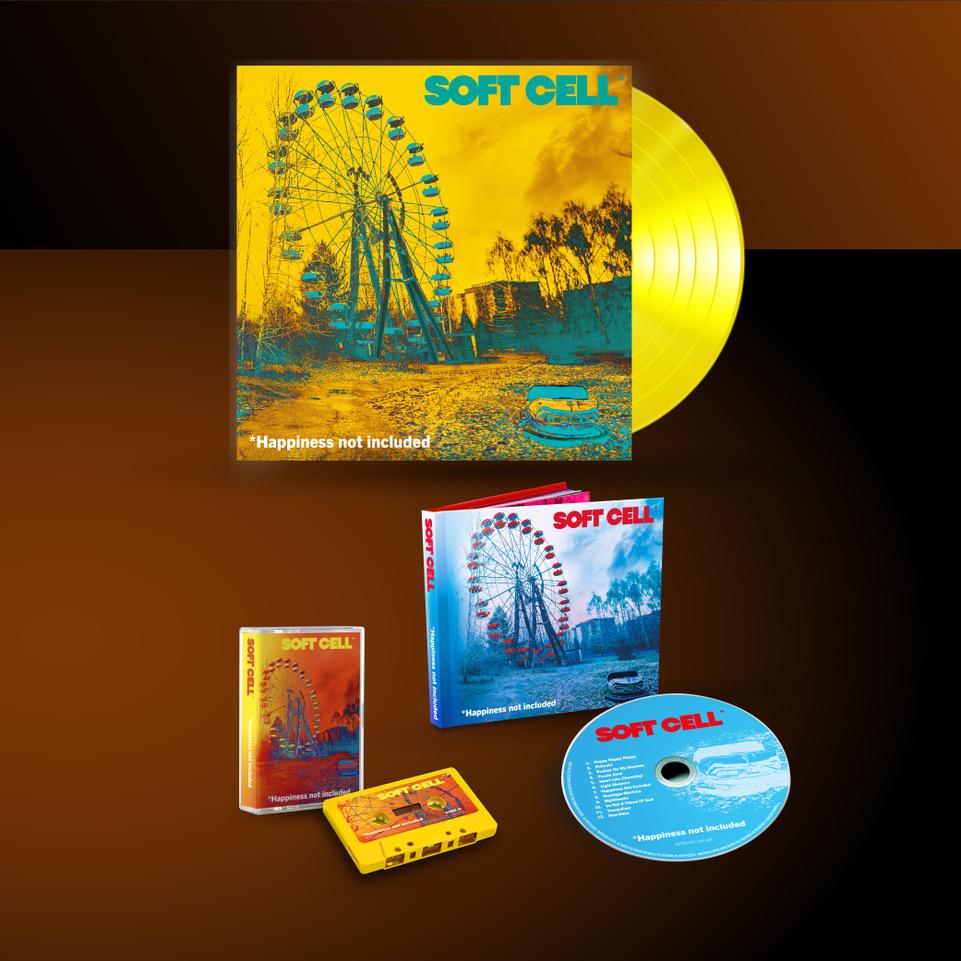 The "Soft Cell - *Happiness Not Included Bundle 4" consists of the following products, available in one easy-to-order listing via a single click and at a discount to the individual prices:

All *Happiness Not Included Bundles will come with a bonus exclusive CD of an unreleased six minute Soft Cell track from the *Happiness not included album sessions, entitled 'Strange Kind Of Dance'. Individually numbered with unique artwork, with a set of 6 postcards featuring covers of all the single releases and focus tracks from the album, the track is only available with *Happiness Not Included bundle pre-orders and orders. Available until pre-order stock runs out (this text will be removed when that happens, so you can order with confidence).