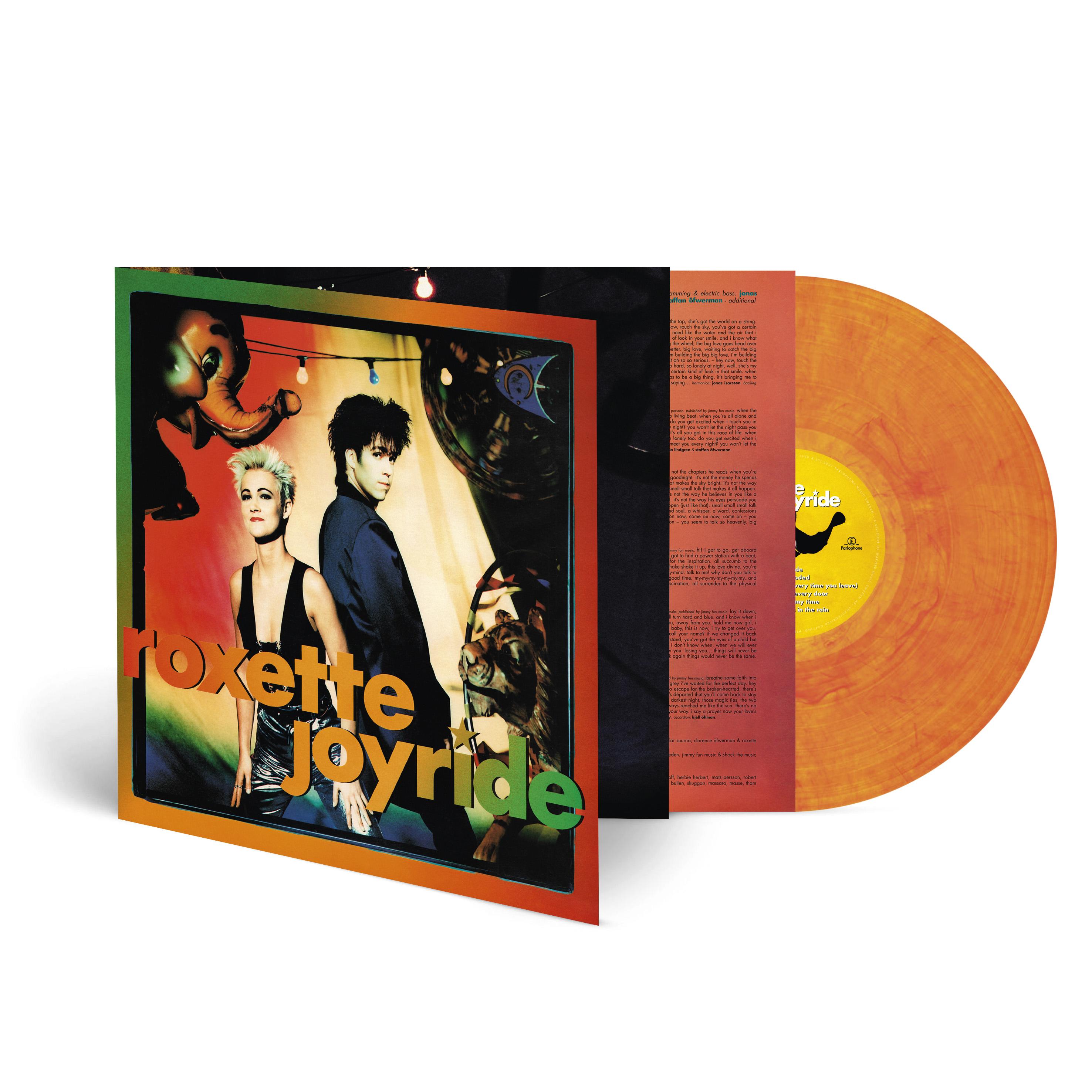 Swedish group Roxette marks the 30th Anniversary of their third album “Joyride”, following the band’s spectacular global breakthrough with “Look Sharp!” in 1989. The 30th Anniversary of ”Joyride” will be celebrated with the release of a marbled pressed vinyl and original black vinyl, this time with gatefold cover. 4-album vinyl set and a 3-CD box also available, containing the original release as well as previously unreleased or hard-to-get material.

Joyride” was the album that was supposed to cement Roxette’s new-found status as a global hit-makers. Which indeed it did. On May 1, the title track zoomed all the way up to #1 position on the Billboard Hot 100 chart – setting a record no Scandinavian group or artist has yet been able to break, helping to make “Joyride” a 11+ million seller.

Twelve of the songs are previously unreleased, among them the first recording of ”Hotblooded”, which originally was meant to be the album’s opening track until ”Joyride” knocked it down a notch, giving the album and the upcoming “Join the Joyride” World Tour its name. The “Joyride” box set also offers a chance to hear two previously unreleased demos of songs originally released by Per’s former group Gyllene Tider, who in 1984 tried to break the international market with the album “Heartland Café”.