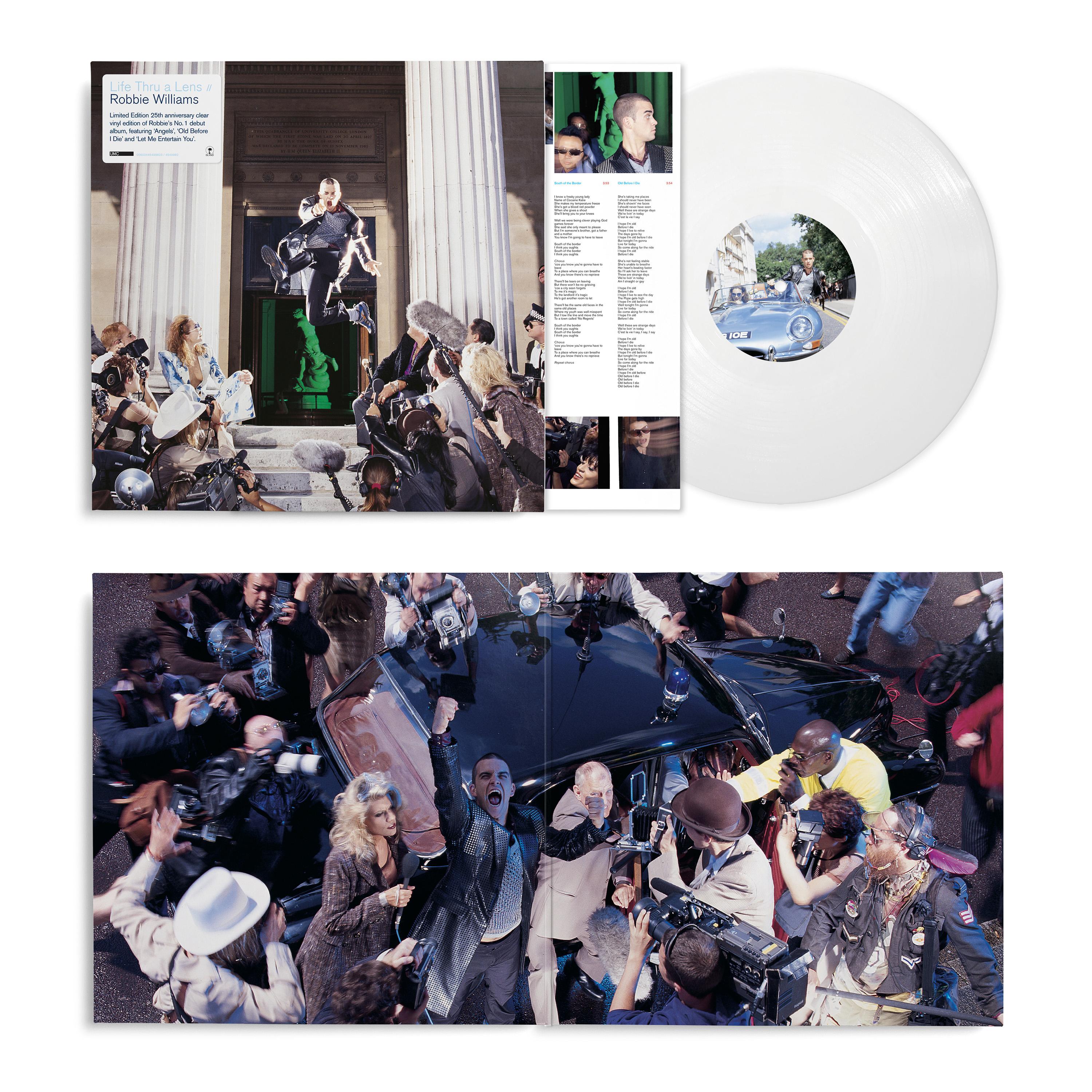 Original reviews of the album described it as “smart, sharp and prickling with personality” (NME), “actually rather fantastic”, (Time Out) and “raucous stompers, trembling epics and full-throated roaring all the way” (Smash Hits).

‘Life Thru A Lens’ spent two weeks at No. 1 on the UK Official Charts album chart and 92 weeks on the UK Top 40.

It sold a modest 14,533 units in the UK Week 1 but took off after the success of the anthemic ballad ‘Angels’, and has now sold 2.1 million copies in the UK (BPI certified 8 x Platinum).

The album was not originally released in the US, where key tracks from ‘Life Thru A Lens’ and ‘I’ve Been Expecting You’ were compiled on the collection ‘The Ego Has Landed’.

‘Angels’ and ‘Let Me Entertain You’ were Robbie’s two most streamed tracks (audio and video combined) worldwide in 2021.