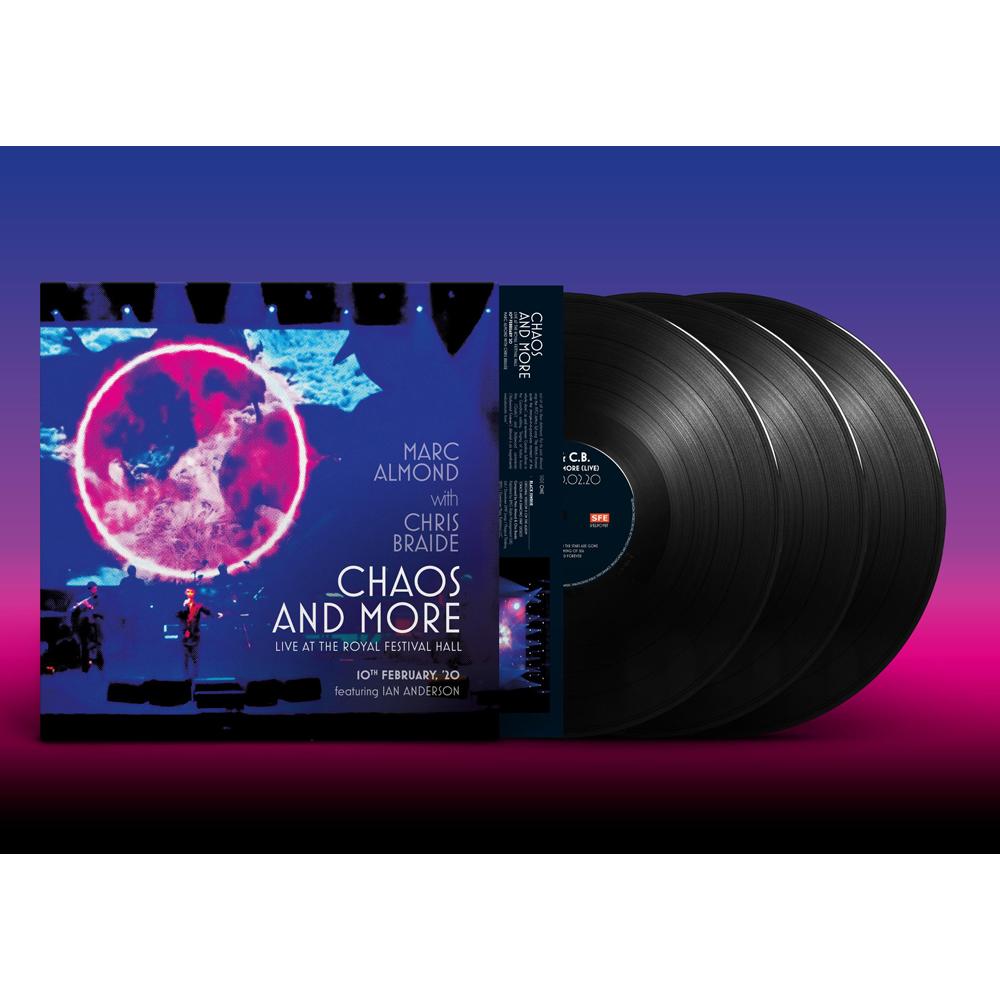 A hit-studded joint concert that took place at the iconic Royal Festival Hall on 10th February, 2020 - the first time the stellar songwriting partnership had performed live together since their collaboration began with the 2015 Marc Almond album. ‘The Velvet Trail’.

Mammoth 36 song set including some of Chris Braide’s best known compositions - ‘Unstoppable’ (Sia) and ‘Kill And Run’ (for the film The Great Gatsby); plus an emotive stripped back piano and voice suite of cult songs from Marc Almond’s own songbook - including ‘Black Heart’, ‘Torch’ and ‘Where The Heart Is’.

Paying tribute to Marc Almond and Chris Braide’s unifying love of Marc Bolan in deft cover versions of ‘Children Of The Revolution’ and ‘Change’.

One of the most gifted vocal talents the UK has ever produced, Marc Almond has enjoyed an acclaimed and enduring career selling over 35 million records worldwide, both with his solo work, and with the pioneering synth-pop duo Soft Cell.

The concert featured Marc performing a selection from his catalogue of hits plus showcasing the 2020 collaborative album with Chris Braide, ‘Chaos And A Dancing Star’. Their special guest star was Ian Anderson of Jethro Tull, his signature flute adding, “a prog-rock frosting to ‘Bedsitter’ and ‘Tainted Love’, not at all to their detriment. For his part, Almond sings the 1970 Jethro Tull song ‘The Witch’s Promise’, quite the strange-in-a-good-way moment of the whole show,” said reviewer Caroline Sullivan in The Guardian, adding, “Almond is on magnificently melodramatic form.”