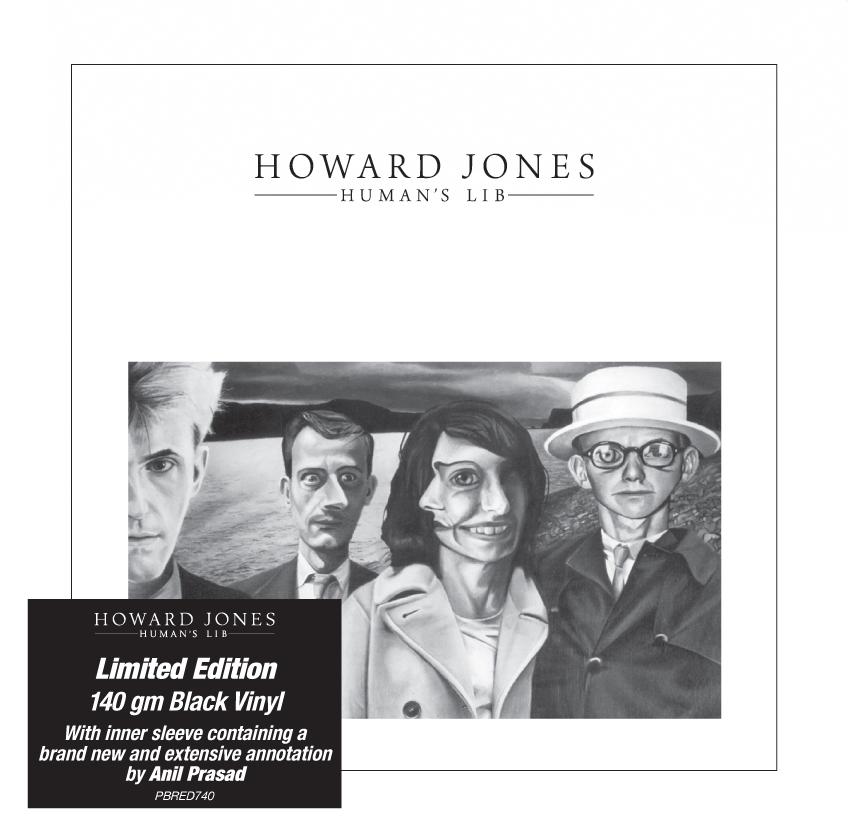 Released in March 1984, ‘Human’s Lib’ entered the UK Album Charts at #1 selling over 100,000 copies in the first week and spending a total of 57 weeks in the chart while achieving Double Platinum status with sales in excess of 600,000 copies.

As well as achieving great success in the UK, ‘Human’s Lib’ and the various singles taken from it also enjoyed tremendous success internationally in such countries as USA, Canada, New Zealand, Australia and throughout most of Europe.

Inner sleeve containing rare photos plus a sleevenote and track by track annotation about ‘Human’s Lib’ by Howard Jones as told to acclaimed writer Anil Prasad.