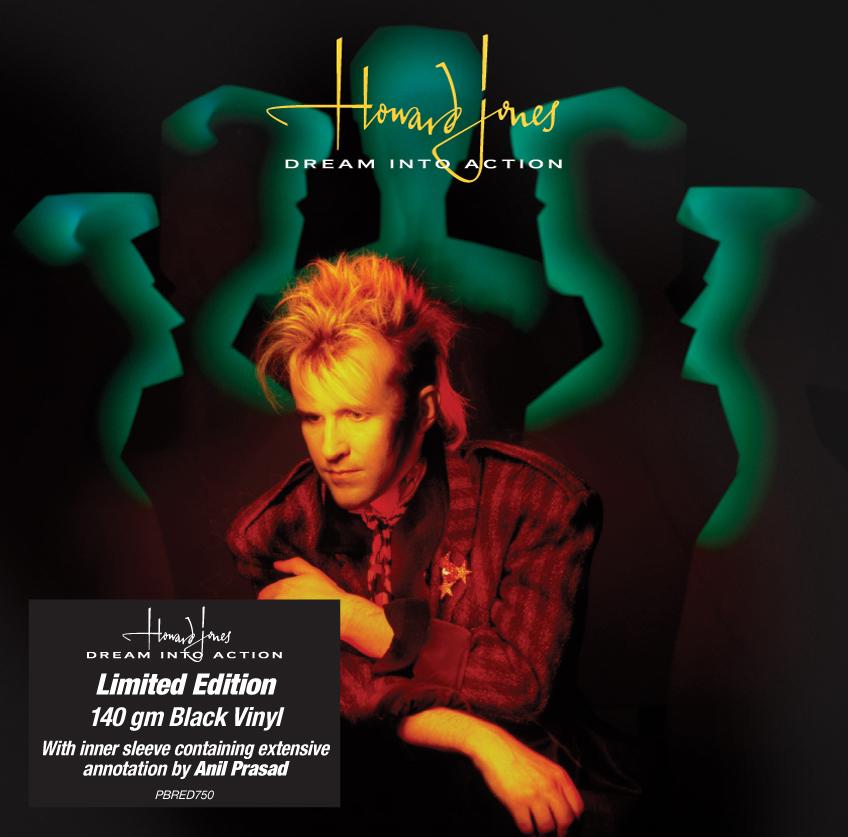 ‘Dream Into Action’ also enjoyed massive international success; particularly in the USA where it reached #10 in the Billboard Album charts achieving Platinum status. It spawned three Billboard Top 20 hit singles including ‘Things Can Only Get Better’ which reached #5, ‘Life In One Day’, #19 and a re-recorded version of ‘No-One Is To Blame’ featuring Phil Collins on backing vocals and drums (produced by Hugh Padgham) which gave Howard his biggest ever US hit single reaching #4.

The album also enjoyed tremendous success internationally in Canada, New Zealand, Australia and throughout most of Europe.

With an inner sleeve containing rare photos plus a sleevenote and track by track annotation about ‘Dream Into Action’ by Howard Jones as told to acclaimed writer Anil Prasad.