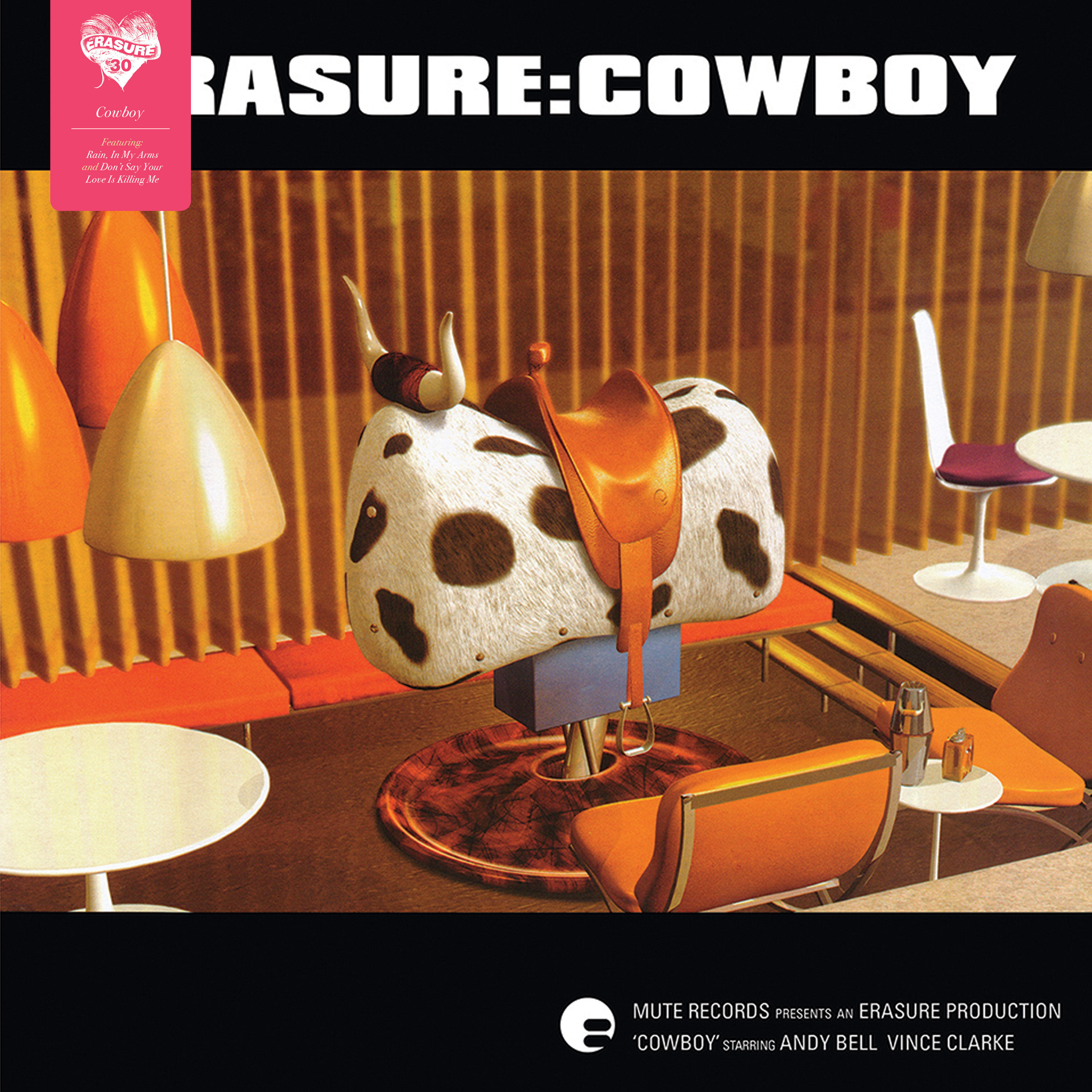 Cowboy is Erasure's eighth studio album, originally released in 1997 on Mute and produced by Gareth Jones (Depeche Mode, Wire) and Neil McLennan (The Prodigy, Carl Cox, Sasha).After the lengthy experimentalism of its predecessor, Erasure, Cowboy saw the boys revisiting the three-minute synthpop that made them a household name in the 1980s, resulting in a Top 10 chart position in the UK. Two of the singles from the album - In My Arms and Don't Say Your Love Is Killing Me - reached the UK Top 30.