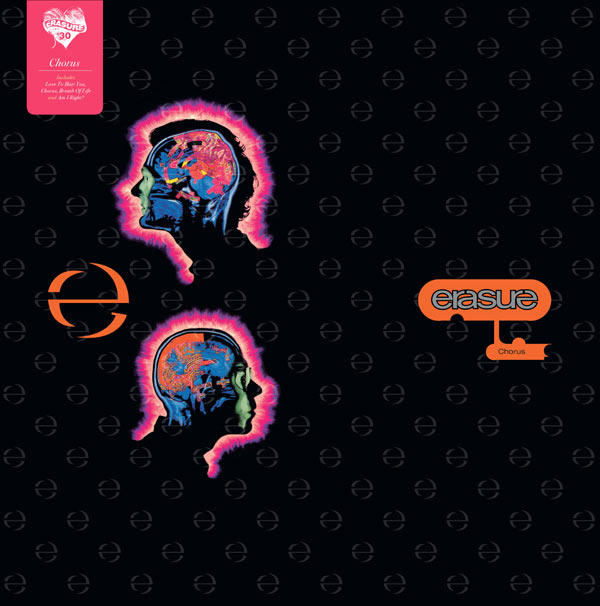 Chorus is Erasure’s fifth studio album, released by Mute Records in 1991 and shortlisted for the Mercury Music Prize in 1992. Not surprising when you consider how inventive it was, delivering four hit singles, including the impossibly catchy ‘Chorus’ and the flamboyant live showstopper ‘Love To Hate You’.

Chorus proved that Erasure weren’t just a ‘80s act – they threw themselves into the next decade with a record so accomplished and current that it became their third UK number one album in a row, achieving Platinum status. It also charted in Germany, peaking at number 13.