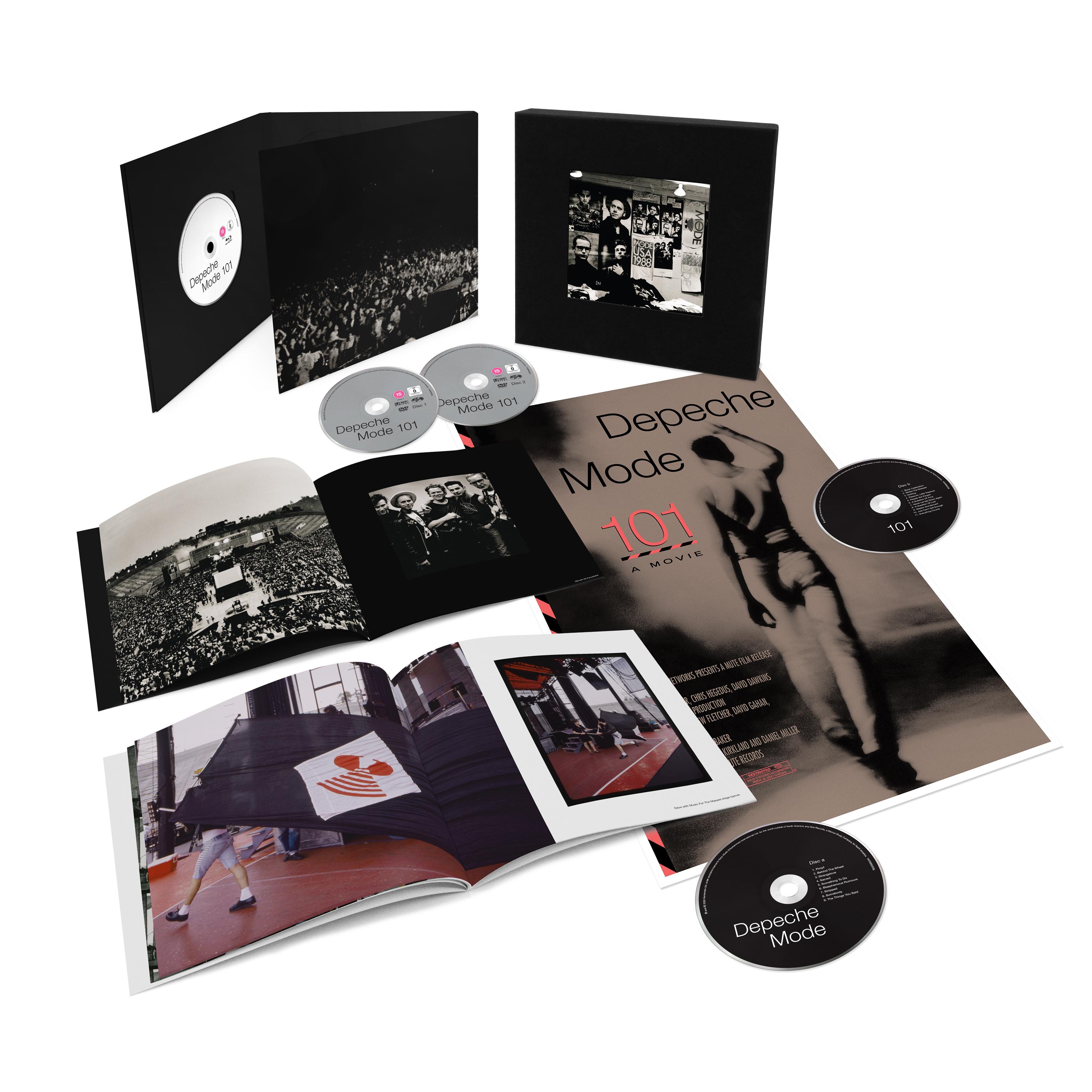 A groundbreaking collaborative documentary, 101 was co-directed by acclaimed husband-and-wife filmmaking team D.A. Pennebaker (Dont Look Back) and Chris Hegedus (The War Room) with active creative input from Depeche Mode, who had held an exclusive contest for fans offering an appearance in a Depeche Mode movie as the prize. 101's narrative through-line of contest winners traveling across America to attend Depeche Mode's landmark Rose Bowl concert is a cinematic precursor to the youth culture trend in "reality tv" programming. Depeche Mode's 101 captures the electrifying synergy between the band and their fans.

Includes three previously unseen bonus performances of "A Question of Lust," "Sacred" and "Something To Do" plus the official promotional video for "Everything Counts."