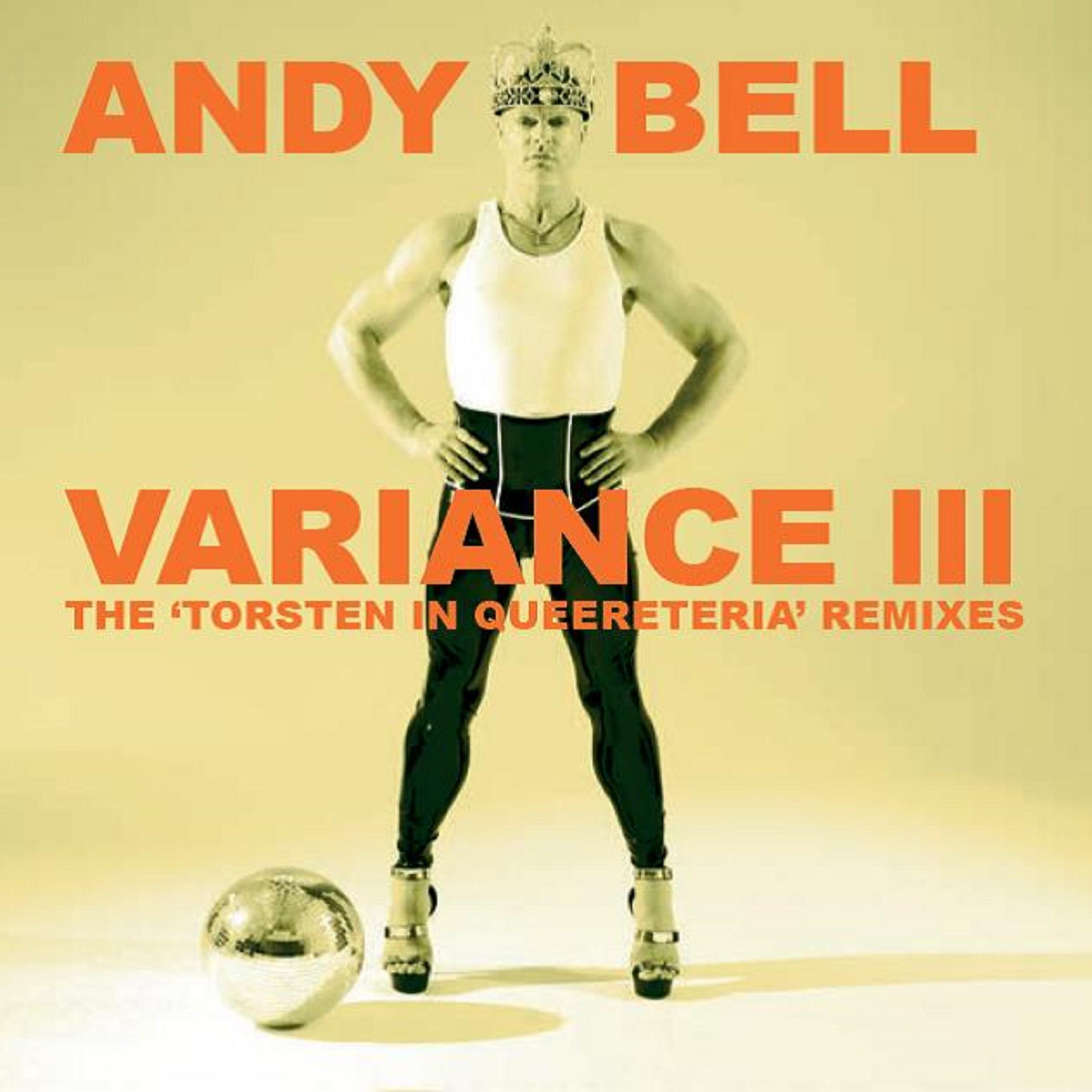 A strictly limited edition 1,000 CD pressing of an outré, ultra-synth, pop-dance remix celebration of tracks from Erasure singer Andy Bell’s cult-theatrical side project, Torsten, in which he performs as his acclaimed ‘semi-immortal, poly sexual sensualist’ alter-ego.

“Variance III – The ‘Torsten In Queereteria’ Remixes” features two reworks by electronic pop legends Bronski Beat who have dance remixed the fans’ two most popular Andy Bell is Torsten songs, ‘I Don’t Like’ and ‘We Hadn’t Slept For Twenty Years’ in their signature retro electropop style!

Euro-poptastic remixer Matt Pop has created an evocative dance floor smash from the emotional Andy Bell is Torsten torch song ‘Not Opting Out’; this definitive remix is Andy Bell’s personal favourite of all the reworks ever done from his critically acclaimed Torsten songbook.

Variance III also includes two completely new songs ‘Lead Me’ and ‘Judgement’ that are exclusive to this album!

The CD also includes four bonus tracks, a variant Andy Bell solo version of ‘If We Want To Drink A Little’ (previously a duet on the ‘Queereteria’ album with Hazel O’Connor), as well as the edit versions of songs, as issued to radio stations, of ‘Silence Is Golden’, ‘Not Opting Out’ and ‘We Hadn’t Slept For Twenty Years’, the last of which boasts alternative lyrics!

This collectible limited edition CD is packaged in a miniature LP style gatefold sleeve with new photos and a message from Team Torsten about this ‘endgame’ release.