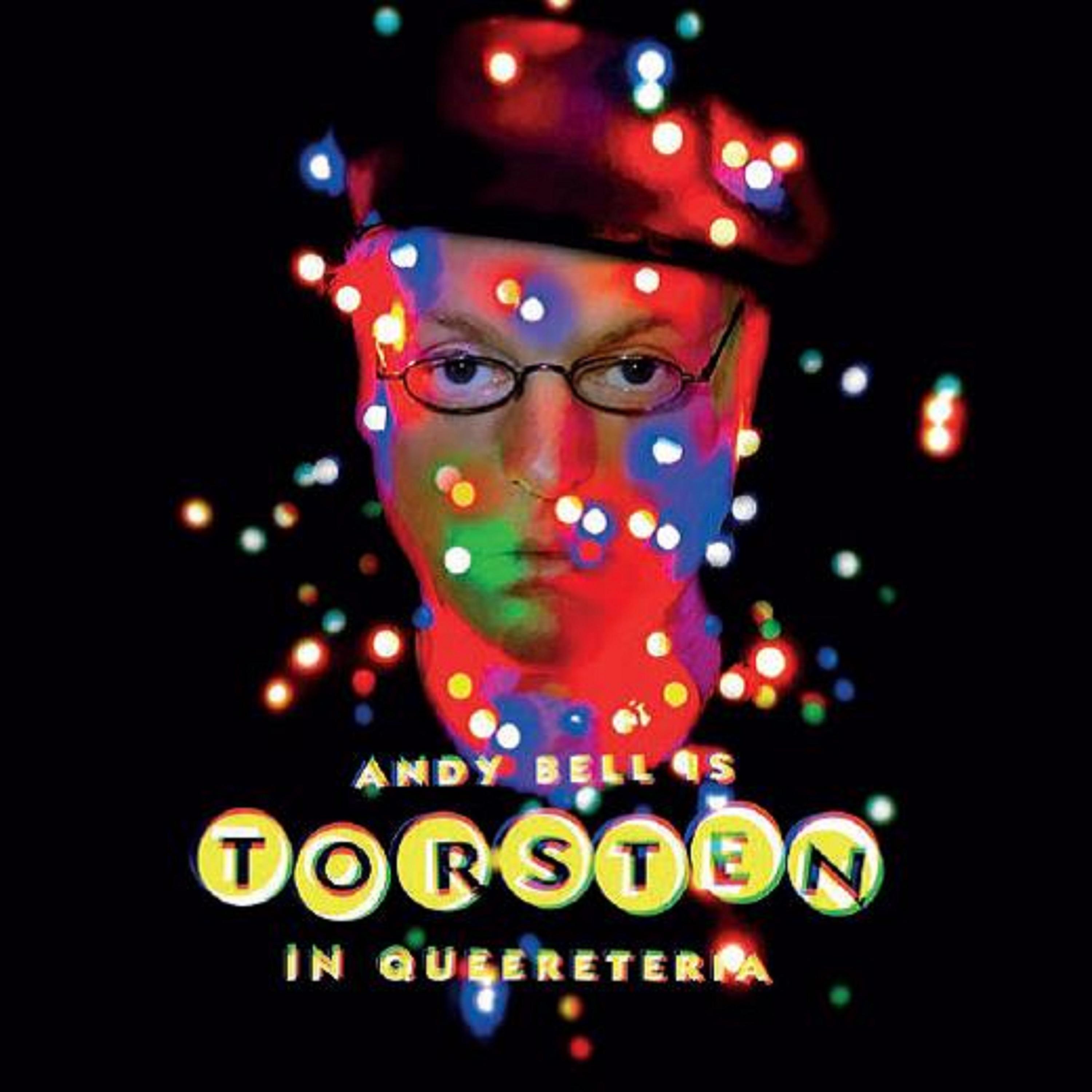 “Torsten In Queereteria” is a unique pop / musical theatre collaboration between Erasure singer Andy Bell, poet/playwright Barney Ashton-Bullock and musician Christopher Frost. This new album, three years in the making, is structured around four separate themed ‘Acts’ which deal with different aspects of both Torsten’s life story and his self-realisation; each song designed as if a postcard insight into a particular hot-spot of memory.

Album opener ‘A Hundred Years Plus Today’ is Torsten in reflective mood as to the longevity of his life. It precedes three recollections, in song, of intense events from long ago times spent with lost friends and lovers and speaks of the hope, uniquely embodied in coming from a coastal town, that the sea might deliver temptations in the guise of sailor lovers.

Act Two narrates a headlong bounding into hedonism; interacting with strange, seaside town, cottaging cruisers in ‘Cabaret Awayday’, to the respite and debauchery afforded by trips to the Queereteria cruising club and a stout defence of partying and drunkenness in ‘If We Want To Drink A Little’, a duet with Hazel O’Connor of ‘Breaking Glass’ fame.

In Act Three, Torsten hits rock bottom and becomes a tad unpleasant and bitter. ‘Thou Shalt Be My Vibe’ portrays a manipulative, drugged-up, drunk Torsten driving a potentially exploitative relationship. ‘Money With Menaces’ is an ode to the bitterness of both parties in a rent-boy / sugar daddy relationship. ‘Let’s Be Sober Another Time’ sees Torsten in denial of his chronic alcoholism which leads, in turn, to a mindless and provocative challenge to all his remaining friends and cohorts to ‘Come And Taste My Breakdown’, concluding Act Three.

Levity is restored in Act Four in which an older Torsten is in more reflective mood about leaving his partying years behind. ‘To Know Good Men From Perverts’ is the culmination of the experience that life affords in learning one of its ultimate lessons, the discernment between those who we can trust and those who seek to harm us. ‘We Hadn’t Slept For Twenty Years’, the lead single from the album, is a loving reminiscence of close friends and the mayhem and mirth of their formative years partying with a vengeance! ‘Silence Is Golden’ pays emotional tribute to an aged lover who has recently died, someone who sublimated the existential angst and fear of knowing he was nearing death by a mania to read widely and an insistence on ‘Silence’ to enable him to do so. ‘Not Opting Out’, the album’s defiant closing number is Torsten’s reckoning that though his own life may be nearer its end, he remains stalwartly an active participant in it; even though the ever accelerating pace of change is spiritually and physically exhausting, he will not be defeated.

ACT 2: THE HEDONISM AND THE HURTING

ACT 4: TO MOURN AND TO MISS