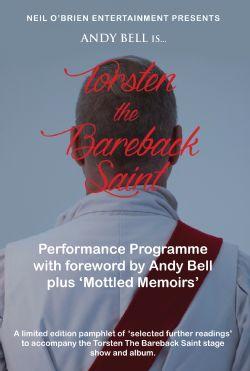 In celebration of this cult success, the souvenir performance programme from the show is being made available as a collectable limited edition 48 page pamphlet, it contains a foreword by Andy Bell himself. The booklet contains promotional photographs, production credits and a host of selected further readings called Mottled Memoirs that give deeper insight into the conflicted and dramatic character that is Torsten; a self-proclaimed polysexual, semi-immortal